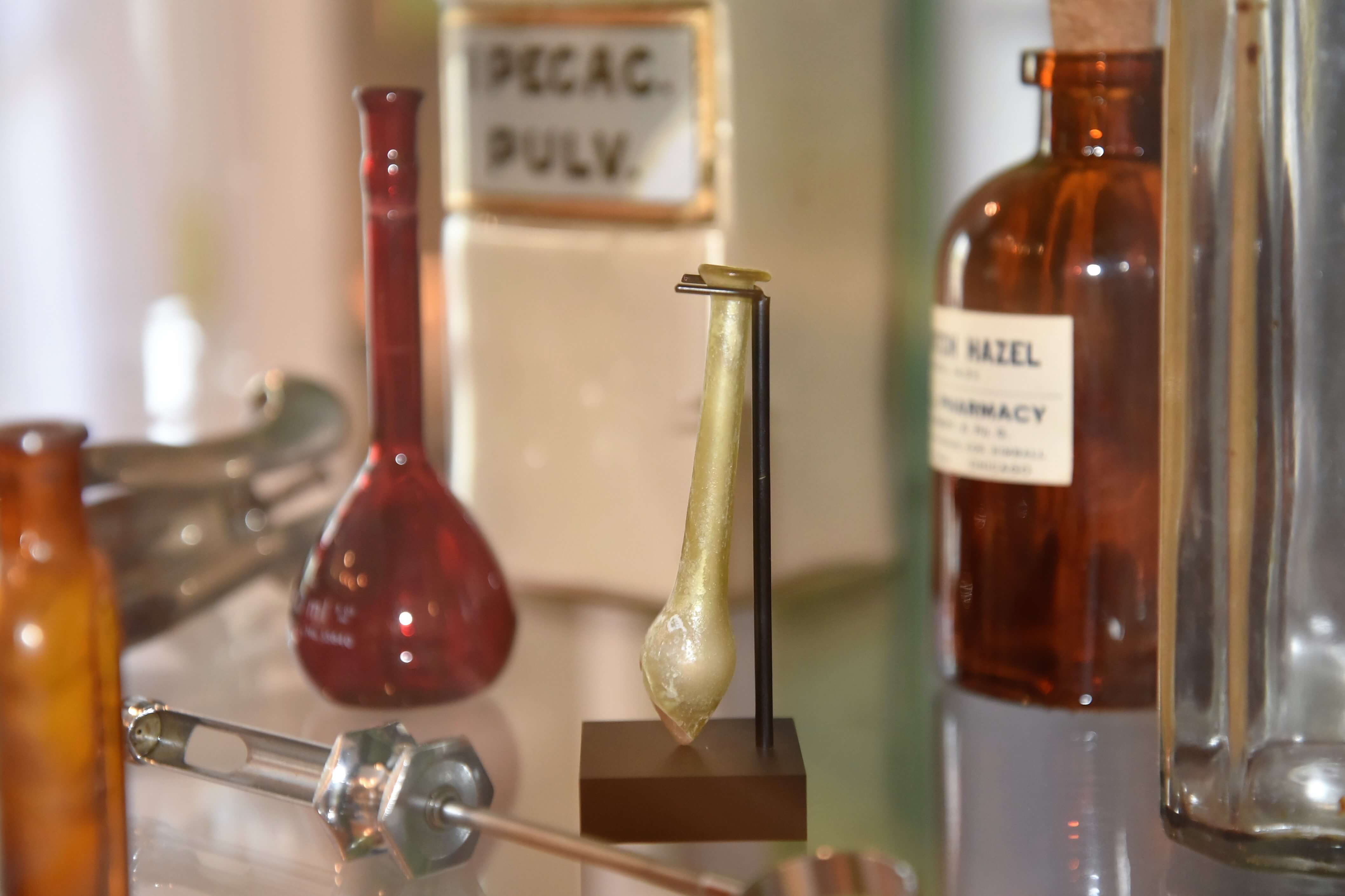 With this last posting of the season, we leave you with the thoughts of the author, Elisabeth Tova Bailey, herself affected by mitochondrial disease, and Dr. Fran Kendall in published commentary about Elisabeth’s personal journey with chronic disease chronicled in the poignant and beautifully written  “The Sound of the Wild Snail Eating”.  Elisabeth finds herself bedridden and isolated for months by a severe bout of her mitochondrial disease and finds a simple snail her daily companion....and what a companion it becomes.

Dr. Kendall was graced with a request by Elisabeth herself to provide a medical review for her insightful, touching and inspiring novel.  Enjoy and may you also be moved by their words!

After being transported from the woods, the snail had emerged from its shell into the alien territory of my room, with no clue as to where it was or how it had arrived; the lack of vegetation and the desert-like surroundings must have seemed strange. The snail and I were both living in an altered landscape not of our choosing. I figured we shared a sense of loss and displacement.

Each morning there was a moment, before I had fully awakened, when my mind still groped its clumsy way back to consciousness, my body not yet remembered, reality not yet acknowledged. That moment was always full of pure, sweet, uncontrollable hope. I did not ask for this hope to come; I did not even want it, for it trailed disappointment in its wake. Yet there it was, hovering within me—hope that my illness had vanished with the night and my health had returned magically with daybreak. But that moment always passed, my eyes opened, and reality flooded in; nothing had changed at all.

By day, the strangeness of my situation was sharpest. I was bed-bound at a time when my friends and peers were moving forward in their careers and raising families. Yet the snails daytime sleeping habits gave me a fresh perspective; I was not the only one resting away the days. The snail naturally slept by day, even on the sunniest of afternoons. Its companionship was a comfort to me and buffered my feelings of uselessness.
~~~~~~~~~~~~~~~~~~~~~~~~~~~

I was fond of the elegant way the snail waved its tentacles as it moved serenely along, and I loved to watch it drink water from the mussel shell. Several times I was lucky enough to see it grooming; it arched its neck over the curved edge of its own shell and cleaned the rim carefully with its mouth, like a cat licking its fur on the back of its neck. Usually the snail slept on its side, and at these times the striae, perpendicular to the spiraling whorls of its shell, reminded me of the patterns of stripes on my old tiger cat, Zephyr, when he would curl into a nap.

Though holding and reading a book for any length of time involved levels of strength and concentration that were beyond me, watching the snail was completely relaxing. I observed without thinking, looking into the terrarium simply to feel connected to another creature; another life was being lived just a few inches away.
~~~~~~~~~~~~~~~~~~~~~~~~~~~

I could never have guessed what would get me through this past year—a woodland snail and its offspring; I honestly don’t think I would have made it otherwise. Watching another creature go about its life…somehow gave me, the watcher, purpose too. If life mattered to the snail, and the snail mattered to me, it meant something in my life mattered, so I kept on.…

The snail and I had been fellow captives, but now we had both returned to our natural habitats. As I tried to make my life livable within a few rooms of my house, I wondered how the snail was coping in its native woods. Though I was home, I was still not free from the boundaries of illness. I thought of the terrarium’s limited space, and how the snail had seemed content as it ate, explored and fulfilled a life cycle. This gave me hope that perhaps I, too could still fulfill dreams, even if they were changed dreams.

In the flash of a moment, at the age of 34, Elisabeth Tova Bailey was transformed from a vibrant, active healthy person into a bedridden patient racked by a mysterious relapsing illness, later discovered to be a mitochondrial myopathy that sapped her energy and confined her to an unfamiliar room 50 miles from home. A reminder that illness can happen to anyone.

In her quest to survive a dark and lonely time of illness and isolation, she befriends a wild snail which takes up residence on her nightstand and which provides just the quiet, uncomplicated companionship she needs. As she ventures into the seemingly simplistic world of the common gastropod, she finds a complex creature whose existence gives her insight into her own challenging and changed life. Though the book tells the entertaining, charming, and often surprising natural history of her snail companion, the deeper context is the story of surviving isolation.

The profound isolation that accompanies chronic debilitating illness, even when in the company of hopeful family and friends, is palpable throughout her story. The loss of purpose, of meaning, and even of her “humanness” is clear as she recounts her drastically altered existence. It is into this world that the tiny gastropod arrives, a gift from a friend who found it while exploring the nearby woods. The snail is given a home in a moss- and fern-filled terrarium at her bedside and it soon becomes Elisabeth’s lifeline and muse.

Through months of quiet contemplation, Elisabeth discovers intimate details of the snail’s daily existence—its dietary preferences, sleeping habits, foraging and locomotive abilities, and courtship and mating behaviors. She explores the similarities and differences between gastropod and Homo sapiens anatomy, physiology, and neurology, gaining insights into her own human experience.

Slowly, over countless weeks and months, the author regains some strength, returning home to reclaim a shadow of her previous life. It is during this transition that she releases her small companion back into the wild. In a moment of reflection she writes to one of her doctors:

I could never have guessed what would get me through this past year—a woodland snail and its offspring; I honestly don’t think I would have made it otherwise. Watching another creature go about its life…somehow gave me, the watcher, purpose too. If life mattered to the snail, and the snail mattered to me, it meant something in my life mattered, so I kept on.

The simple act of observing her gastropod friend allowed her to surmount the seemingly impossible obstacle of living with a devastating illness, moment by moment and day by day.

As Elisabeth moves through the seasons, she continues to draw on her memories of the snail. “The snail and I had been fellow captives,” she says,

but now we had both returned to our natural habitats. As I tried to make my life livable within a few rooms of my house, I wondered how the snail was coping in its native woods. Though I was home, I was still not free from the boundaries of illness. I thought of the terrarium’s limited space, and how the snail had seemed content as it ate, explored and fulfilled a life cycle. This gave me hope that perhaps I, too, could still fulfill dreams, even if they were changed dreams.

One winter night she chronicles in her journal a reminder to herself that life is still worthwhile: “A last look at the stars and then to sleep. Lots to do at whatever pace I can go. I must remember the snail.

Always remember the snail.” The beautiful, poignant journey undertaken by the author as she comes to terms with her illness serves to remind those of us who care for such patients on a daily basis of the true hardships they endure, many of which are unseen or undetected by MRIs or blood tests. Isolation, loneliness, and an overwhelming sense of loss are frequently hidden beneath the cloak of illness and buried by pills and procedures, but often much more deadly and destructive.

Letting go of hopes and dreams, of preconceived notions of our lives and others’ and accepting circumstances we can’t change is among the most difficult and challenging journeys we navigate as humans. We struggle to remain whole and empowered without succumbing to the loss, isolation, and bitterness that can so easily enfold us, cloud our thoughts, and further diminish our life force long before our last breath.

Despite her circumstances, Elisabeth considers the role of pathogens in both illness and speciation with acuity and humor: “Pathogens…helped shape all species, and it was because of a pathogen that I found myself nose-to-tentacle-with a snail.”

The Sound of a Wild Snail Eating is lively with the voices of notable poets as well as medical professionals and scientists from Sir William Osler and Florence Nightingale to Charles Darwin, E.O. Wilson, and many others. Elisabeth’s seamless melding of natural history, literature, and the illness experience creates a unique and intriguing medical humanities narrative that will engage both medical faculty and their students in discussions of compassion, palliative care, and the meaning of life.

Elisabeth’s work is a quiet, but powerful testament to our need to understand and acknowledge the hidden demons that threaten our patients more than we care to know. As they journey through illnesses, our patients are unsung heroes and mentors who allow us to glimpse the deepest challenges of human existence.